Using Two-Five-Ten as a Framework for managing change

The Challenge: Develop a new daily schedule for San Francisco Friends that reflects a commitment to deepening student engagement and offers more applied experiences in the interest of enriched, multidisciplinary understanding.

The Outcome: A daily schedule that offers experiences less hurried and fragmented and more robust in coherence, depth, and application in all aspects of learning. While holding Quaker values at the center, the daily schedule supports flexibility, integration, teacher collaboration, and student owned learning. 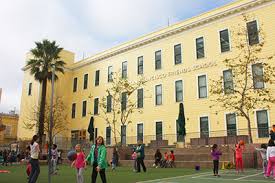 San Francisco Friends School (SFFS) is a K-8 Independent school located in the heart of the Mission District of San Francisco. SFFS strives to design and facilitate hands-on and minds-on students in both academic subjects and in reflection and service. With a foundation in Quaker educational traditions, and informed by current research in psychology and neuroscience, the school is academically rigorous, intellectually engaging, purposeful, and affirming of the spirit of each child.

In 2017, they found they needed a new school schedule that would allow them to offer less hurried and fragmented student experiences while supporting more teacher collaboration and the creation of integrated classes. In a nutshell, they were after a schedule that would help them to do what they do best, and be even more aligned with their mission and vision.

When SFFS first decided to change their schedule, Tracie Mastronicola, Academic Dean, said they first considered simply hiring an outside company to do it for them – paying a large fee for a company to deliver four workable schedules. Ross Peters, EXPLO Elevate VP of School Strategy, advised Tracie “you’ve got to do the work yourselves. There is no perfect schedule out there, it’s the process of creating one that will give your team the strength and courage to implement the changes you seek.”

SFFS decided to engage Ross as a consultant to facilitate the design and implementation of the new schedule. The change would touch every person in the building, every program in the building, and it would redefine how SFFS used every minute of the school day.  To implement a new schedule, it’s critical to understand how schools work on a fundamental level – the day to day operations, as well as the emotional underpinnings of educational institutions.

At EXPLO Elevate, we believe schools are in many ways repositories for the way we used to do things in the larger culture.

The academic schedules we use are artifacts of the assembly lines of the industrial revolution. Place the daily schedule of a student in 1910 against the ones of today and you will be startled by the similarity. The goal of the schedule from the early part of the twentieth century was to deliver content. The emphasis was rarely on trying to help students become critical thinkers—the focus was centered obsessively with rote memorization. What we are trying to accomplish has changed dramatically, yet the schedule has remained, leaving us trying to get to the moon in a Singer Sewing Machine.

Our approach to schedule redesign was developed by VP of School Strategy, Ross Peters based on his experience facilitating redesign projects at North Shore Country Day School, Punahou School, and Vientiane International School, and also when he oversaw schedule change processes at schools where he worked, most notably Hawken School, and The Westminster Schools. This experience and expertise enables him to identify challenges before they arise and help schools navigate the way forward, avoiding pitfalls and mistakes along the way.

EXPLO Elevate uses a nine-step approach to creating an optimal school schedule. Underlying this process is the Two-Five-Ten change management process, described in more detail here. At the outset, we work with school leaders to articulate the most important outcomes that must be achieved at the end of the process, and then strive to align the leadership team to those outcomes. Next, a Time Task Force is formed, which takes the charge from the leadership team to gather stakeholder input that will inform the recommendations the task force makes.

Gathering stakeholder input is critical to facilitating a successful change process. School communities are made up of hundreds, sometimes thousands of people. When setting out to successfully implement change in such settings, schools inevitably face the challenge of discerning who ought to be included. Additional big questions include: Who holds the decision-making power? How can an institution include all the people affected by change without allowing all of those people to stake a claim in the process?

Ross advises schools that “You want to give everyone touched by the change a voice, but not a veto.” Ross helps schools execute a stakeholder engagement process that includes the voices of parents, faculty, students, and administration – hundreds of concerned people – in the process without ever handing over all the decision-making power.

“You want to give everyone touched by the change a voice, but not a veto.”

EXPLO Elevate augments the design process by providing multiple case studies, compiled by our research team, of schools which have implemented new schedules and the rationale behind them. EXPLO Elevate guides the school to the point where the Time Task Force is able to recommend a new schedule, one that is informed by the stakeholder analysis and the best practice research.

EXPLO Elevate then supports the school through the implementation phase, helping to identify how the new schedule impacts processes, systems, and other organizational structures. We assist the school with implementing a disciplined project management approach to manage all the moving parts. For some schools, we recommend doing a pre-mortem workshop, to understand the potential risks and pitfalls of the schedule.

Five years earlier, a team at SFFS tried to make changes to the school schedule. That team had struggled with being told to “think big” and then having the administration team tell them various constraints once the process was already rolling. Using the Two-Five-Ten process, Ross helped SFFS orchestrate a process where constraints as well as “must haves” were laid out ahead of time so that everyone involved knew the expectations and limitations and no one could make a major change mid-way through the process. This garnered trust, transparency and buy in. 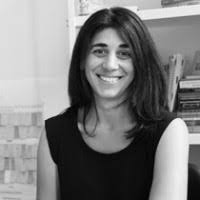 Tracie believes that “Ross’s super power, among super powers, is empowering a team – he is the ultimate coach for any single person or team looking to implement big change in an educational institution.

He knew exactly when to step in and help, when to stand aside, and when to offer encouragement or redirect. Easy to understand and implement, his guidance saved us countless hours of struggle and mistake making.”

The Two-Five-Ten framework gave SFFS a clear way to measure progress and success. Because they clearly defined their guiding principles and held them at the center, they could also use them to measure success. Now a year into the new schedule, they are able to measure exactly how they are doing against those criteria – “are we doing what we set out to do?” – again, never moving away from what was identified as most important.

Tracie is grateful for the support Ross provided SFFS. “Ross offered spot-on guidance long before we started and continues to be available to us even after the schedule has been implemented. Although he might disagree, reminding us that we did the work, he was the single most important factor in our success. We simply could not have done it without him.”