In Conversation with Angeline Lillard

Why now (and what’s next) for Montessori?

Dr. Angelline Lillard is a professor of psychology at the University of Virginia. In her best-selling book Montessori: The Science behind the Genius as well as numerous research articles, Dr. Lillard presents Montessori’s theoretical principles, the science research that has followed them, and how they are implemented in a Montessori classroom. Angeline was recently elected as a fellow of the American Association for the Advancement of Science.

Dr. Lillard will be participating in the SEED+SPARK “Spark Series”—a collaboration with with 180 Studio and Big Questions Institute—Wednesday, March 10, 2021, at 8pm EST

Why Montessori? There are so many other educational models out there, as well as new ones emerging all the time. What is special about this method and approach to learning?

Yes, there are many other wonderful models out there. Yet, how many have been around for over 100 years and are evidence-based in promoting the best ways to support children in learning? When Maria Montessori initially developed this model her goal was to support children in thriving to their fullest potential. And when the model is applied with fidelity, the outcomes for students are truly astounding. Montessori already has an entire curriculum that is not only humane, but focused on the individual child and respecting the child’s interests. Why do so much work to invent something from scratch when we already have something that works so beautifully?

The interest in Montessori is growing fast around the whole world right now. People are also experimenting and exploring other models that I think are also wonderful. Because Montessori has already developed a wealth of materials and lessons, and has well over 100 years of experience under its belt, more and more people are going to turn to it and say, well, gosh, they already figured this out. While at the same time, I do think entrepreneurial spirits will also continue to advance new programs that are also terrific.

In comparison to other education systems, the Montessori model fosters creativity through an underlying structure of tight organization. And there’s lots of research that shows that children do better in organized environments. I have dedicated a chapter in my book on the research on how organization and order is helpful to children’s development. Many people think “if I give my child a lot of randomness, they’ll be good at coping with life’s randomness” but it’s the opposite.

If you set up a child who feels they can trust the world, and they know what’s happening next, and they know where they can find things, those are the people who can deal with the unexpected better later. A solid foundation makes you able to cope with chaos, in a way that if you had chaos from the get go, you just have a messed up brain. 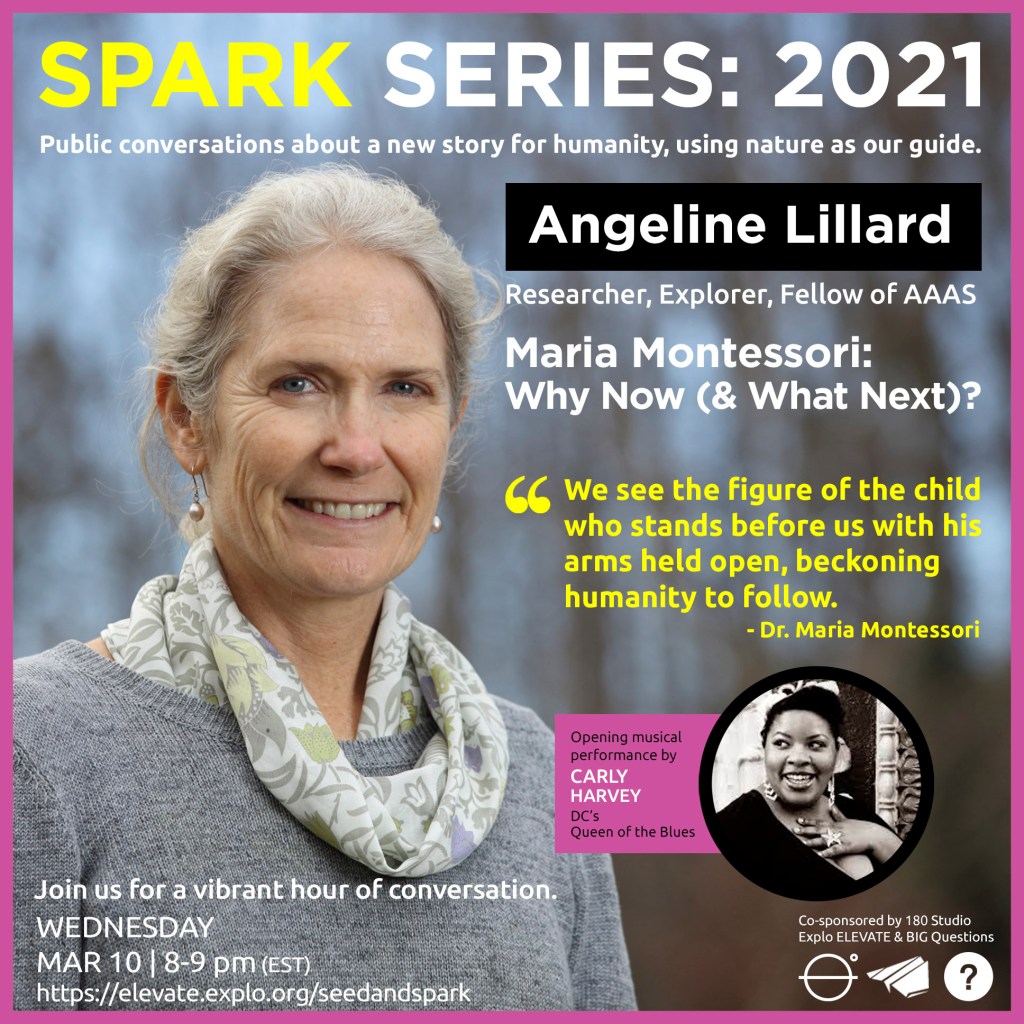 What about the intersection between the Montessori curriculum and culturally responsive education?

I have a paper that will be forthcoming soon that follows the experiences of a group of adults who attended a primarily Black Montessori school in the Washington D.C. area. In it, we provide an outline of how Montessori is very closely aligned to culturally responsive pedagogy (CRP) across the five key domains in CRP: equity and excellence, teaching and empowering the whole child, constructivism, strong and positive relationships, and respect for culture. I also share themes from interviews with the adults as well as their overall outcomes, which were excellent.

Some quotes from individual students:

“I think definitely the Montessori environment let me know that I could identify what it is that I’m interested in, capitalize on those things, learn those materials, perfect those materials at my own pace, and then move forward on to the next project because that’s where Montessori always was. There was never a massive deadline on learning the pink tower, or sandpaper letters; you work on a certain thing until you were proficient at it, and then when you decided that you wanted to work on something else, then you did.”

“Not only did it give me autonomy over what I was learning about, and the pace at which I learned, but it also in turn allowed me to feel mastery of it…We were self-led. We had to figure it out for ourselves. I mean, we were given a lesson, but then we were sent off to get to work and I think that is just… that is so important. I mean, it’s important in my life right now, as a dancer. You have to just figure it out. You can’t—if something’s not working, if you’re not turning properly, you have to figure out why, there’s not going to
always be someone to fix it for you.”

That being said, there are people who are revisiting the Montessori curriculum and making recommendations based on today’s context and improving materials to make them more culturally responsive. They are recommending ways that lessons can be revised and changed to better support different types of students with different backgrounds. For example, should silver polishing still be a lesson taught in practical life at a Montessori school? It is a question to consider and I think this is a good thing and am glad it is happening. The fundamental tenets of Montessori are very closely aligned with culturally responsive pedagogy, but there is always room to revise and adapt and improve.

What are some of the main challenges with Montessori?

There are schools that are not following the true Montessori methods and principles as they are fundamentally laid out. This lack of alignment means students are not getting the real Montessori experience. For example, the entire idea behind Montessori is that it is student-led. Yet I have visited classrooms where the lessons are very much teacher-driven, for example all students have to listen to a teacher-chosen “topic of the week”. This runs counter to the way in which Maria Montessori laid out the idea behind teachers as “guides” rather than the traditional teacher.

If you go to the AMI (Association Montessori International) training centers, it has really good training from people who were vetted intensively by AMI to become teacher trainers. Now not everybody who goes through that training is going to be a great teacher, just like everyone that gets a degree from UCSF in medicine is not going to be a good doctor. You’ve got to deal with the individual coming into it. But if you’ve got a really good training that 90 or 95% of the people who get that training are going to do a pretty darn good job of implementing a far better system, then you really have some hope.

What does the future of education hold?

One thing that I definitely see is the factory model [of schooling] is getting a really hard look in this COVID and post-COVID era. And I think that more and more people are saying, we have got to stop doing this ridiculous factory thing,

Counter to that is the no excuses schools. Many philanthropists are liking those but they are very much not culturally responsive teaching and they are very much, you know, “break your spirit” kind of places where [if a student has] one button out of place, then you’re suspended for two weeks, and that’s just not humane. If you look at our school buildings, they’re not humane. There was a photograph the other day of schools opening in New York, and there’s a child by their locker and a policewoman standing behind that child and you know, where’s the humanity in that? Even the metal lockers and long hallways and very few windows and desks—the whole system is just not set up to be anything like nature.

Even the metal lockers and long hallways and very few windows and desks— the whole system is just not set up to be anything like nature.

One of the big problems I think is schools of education, think that a lot of positive innovations on the factory model are going on, because that’s what they’re teaching their education students to do once they become teachers. I think the reality is that once these students become teachers, they resort back to the behaviors that the multitude is doing, the behaviors they saw their own teachers doing when they were in school.

In the next 20 years, Montessori may become a more if not the dominant alternative educational model. It has not only a child-centered and humane philosophy, but also the training and materials, and of course the outcomes to boot.

Dr. Lillard will be participating in our ongoing Spark Series on February 25, 2021, at 8pm EST, held in partnership with 180 Studio and Big Questions Institute. This series is intentionally designed to be a departure from traditional talks. Join her via this Zoom link to actively participate and discuss the question: Why now (and what’s next) for Montessori?