A well-constructed strategic plan, among other things, is cohesive, and as I have written before in a post entitled Strategic Plans and Luxury Cars: They Look so Good on the Lot, schools create some lovely, shiny plans with muscled language and bold vision. The exercise of creating a plan–the detailed and focused process that leads to its unveiling–is powerful and additive in and of itself. However, too often, developing the plan and releasing its final version is more of an end than a beginning. This happens for a number of reasons–here are just a few: 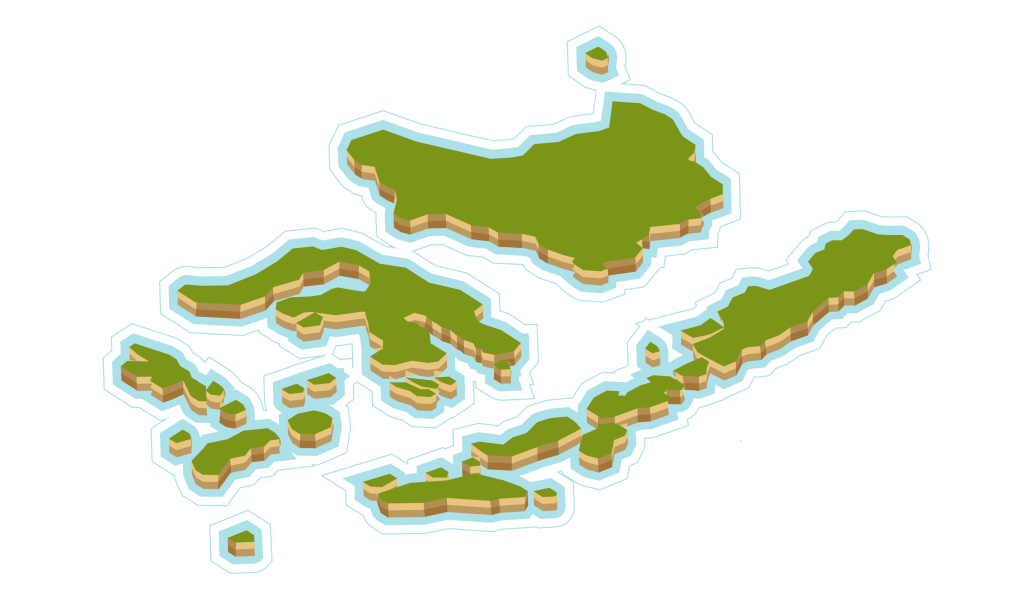 Sometimes, the components of a strategic plan become a strategy archipelago where the organization finds itself trying to move so many initiatives forward they cease to feel, look, and most dangerously, be purposefully connected.

There is another reason that Strategic Plans cease to move forward (or at least stall), and that is the cohesiveness they represent in the ideal splinters almost from day one of the plan’s life. Rather than holding together in a unified vision under a single understandable flag, the components become a strategy archipelago where the organization finds itself trying to move so many initiatives forward simultaneously that they cease to feel, look, and most dangerously, be purposefully connected. In essence, the strategic plan becomes just a lot of stuff the organization is doing rather than a vessel for the vision and direction of the school. Each component sadly becomes its own island.

There are numerous reasons that a strategy archipelago develops. Still, the most important result of what happens or, more accurately, doesn’t happen before community work on a strategic plan begins. When I taught English literature, we studied the role of antecedent action: things that occur before a play, short story, or novel begins that affect the actions, events, and relationships in the work. Similarly, the new plan is affected by what precedes it. It has its own antecedent action.

To know what will be most important in a new strategic plan and to glue the plan together during its execution, a school should:

These bullets comprise the requisite antecedent action for the plan. Without vision or purpose, the plan becomes more of a strategy archipelago than the way to move the organization forward without a bold idea.

A strategic plan is not simply something a school is doing–it is something the school is becoming. It is aspiration; it is a case for support; it is clarity above the din of the school’s rhythm; it is both the challenge we choose and the faith that the school will face and rise to meet it. A strategic plan is NOT tactics, and it is NOT a checklist. An organization achieves its plan through tactics. Tactics are a means to an end–they are not the end itself.

(Looking at the photograph at the top, archipelagos don’t look like a bad place to be. They just are not where a school should want their strategy to be.)